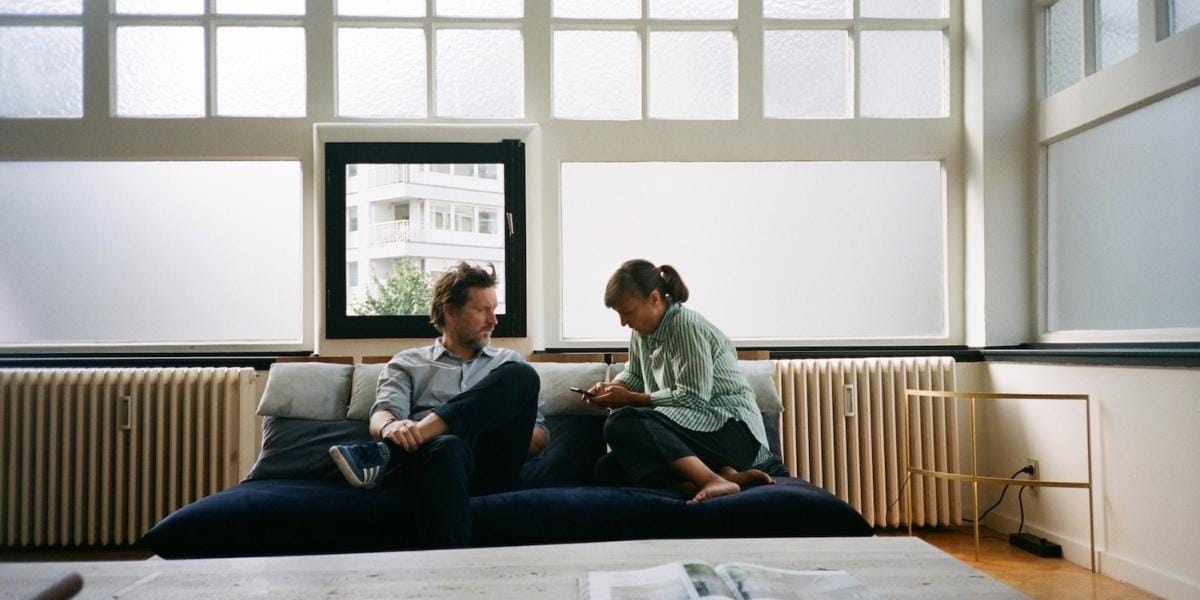 ‘Their Way’ offers the stories of DIY entrepreneurs at the forefront of art, architecture and music. We delve into the messy, yet inspiring and insightful process of entrepreneurship. We celebrate and cover compelling stories, challenging ideas and integrity from around the world.

‘Their Way’ is about making entrepreneurship, and the challenges that come with it, easier. We feature insightful people across different communities, visions and industries. Because we believe interesting things happen when different ideas collide.

This month, we’re speaking with Amaryllis Jacobs and Kwinten Lavigne, whose gallery Maniera commissions architects and artists to design unique furniture pieces. For the summer, they sat up camp in Knokke’s iconic Zwart Huis (Black House), for a retrospective of what they’ve produced in the last five years. 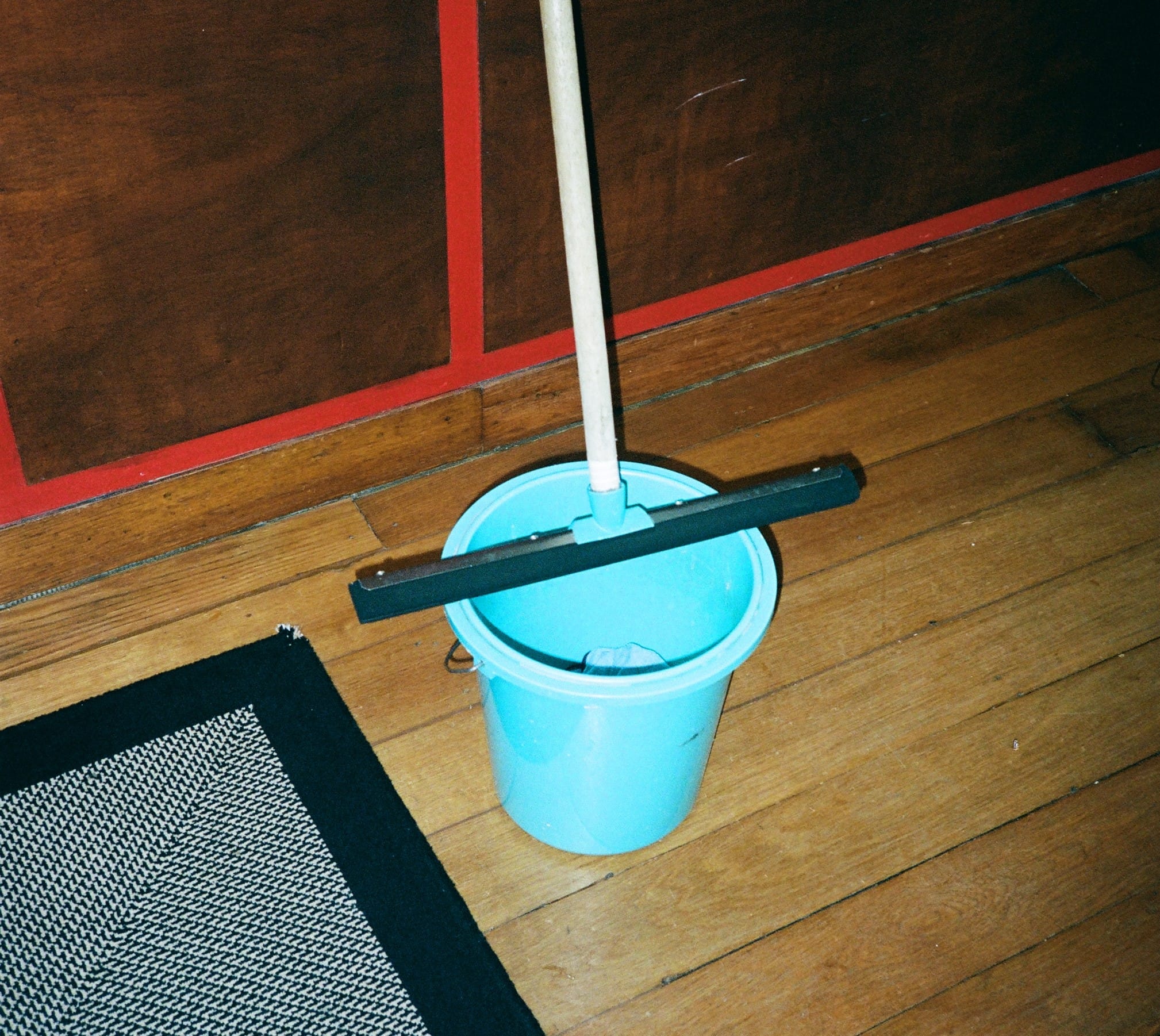 Horst: Thanks for having us! It’s nice to finally meet, considering that many artists and architects from you roster have already designed stages for Horst. Maniera takes up a rather unique role in the artistic landscape of Brussels. Can you tell us how you came up with the concept?

Amaryllis: We've both been active in the cultural sector for quite some time now. I myself worked in Brussels for at various institutions, such as Bozar and KVS, and was managing communication and subsequently art education. Kwinten studied installation art at what is now called the KASK in Ghent, and was active as an artist for a while, before he reoriented towards facilitating other artists in their practice. He was, among other things, assistant to Honoré D'O, and worked for Wiels as production manager up until 6 months ago. Amongst Brussels-based artists, he is somewhat known as the man who can execute artworks that they cannot make themselves.  Our profile and background is very different, which allowed us to contribute to Maniera in a rather complimentary way. The project itself arose from our passion for art, architecture and design: we’re specifically drawn to art objects that tend towards functional design, or for architects with a conceptual practice. But it comes to design, we actually really prefer vintage or classic works over contemporary design. We’re not specifically obsessed with famous names, but authenticity is key - and that is something that we feel is lacking with contemporary practices, which is much too trend-sensitive. Artists and architects have more freedom to take position.

So this is how we came up with the idea: collaborating with artists and architects we admire, and commissioning them to design a piece of furniture and then producing it ourselves. This idea is reminiscent of Galerie Kreo in Paris, which is a great source of inspiration to us - although we really decided to collaborate with artists and architects who aren’t designers. We present each collaborative trajectory to our audience in the form of an exhibition; the piece of furniture thus becomes almost an excuse or lever to exhibit the artist's or architect's practice.

"Our profile and background is very different, which allowed us to contribute to Maniera in a rather complimentary way"

Horst: The list of collaborations is impressive, how did you build this portfolio?

Amaryllis: Launching Maniera was quite the gamble, as neither of us had any expertise with running a gallery whatsoever. In fact, Maniera could only succeed if we chose the right people to collaborate with: artists and architects who had already made a name for themselves, with a clear discourse and a recognisable style. So we’re not working with emerging talents, but find the quips in having renowned makers design a piece of furniture, in their own distinct signature or ‘maniera’.  The only condition that we put forward, is that the object itself has to have a long lifespan. Almost everyone in Maniera’s gallery roster has experimented with furniture design for the first time through their collaboration with us. For some it remained at that; for others it was a side-track which became a continuous feature in their activities.

Many of the people we work are already in our own network, they are basically people with whom we celebrate New Year’s Eve. Kersten, for example, from Office Kersten Geers and David Van Severen, was a friend. When we started Maniera, we went to him first to present him with the concept. He in turn convinced David, and David then came up with the idea of turning it into a duo exhibition, upon which I invited Anne Holtrop - whose work I had recently seen at Z33 in Hasselt. They each worked out a design, which we had produced and exhibited at our home in 2014. Even though the trajectories weren’t connected, it made sense as an exhibition: the mathematical Office on the one hand, and the organic forms of Holtrop on the other hand. Financially, our idea was that we would invest a small amount of money: so we paid for the prototype’s production cost. In the worst case scenario, we would have paid for a personal, custom-made object, and kept it ourselves. The exhibition itself was a huge success though, and we were immediately invited to Design Miami, one of the most prominent trade fairs in the field of design.

Given the fact that we were both working full-time elsewhere, we didn't organize the next exhibition until a year later. We simultaneously exhibited the results of a collaboration with 6A architects and Richard Venlet in Henry Van de Velde's Hotel Wolfers. Another year later we decided to open the physical gallery space in the city centre, near the Sablon. Our collaborators tend to know each other as well. They teach at the same universities abroad, and exhibit in Venice or Chicago. In turn, they have a large network of their own, which makes it easier over time to attract interesting profiles. We tend to avoid the so-called ‘star-architects’, and seek out practices that are not too obvious.

Horst: How does such a Maniera object see the light of day?

Amaryllis: The preparatory process is always very intense, as we assist the artist / architect both in design and production. With the opening of the gallery we switched to a rhythm of four exhibitions a year: either solo or two creators working together on one edition (such as for instance Office with Pieter Vermeersch, or Bernard Dubois with Isaac Reina).

We often only receive a model or a sketch, so then it comes down to seeking out the right manufacturers who are ready to experiment and further conceptualize the idea towards execution. It’s for this reason that we prefer to keep the production within Belgium: this gives us more control and insight into the production process, with better results at the end. And Kwinten himself also does a lot of the finishing or assembly in his studio.

After so many projects, we have a better sense of what our collectors value in a design, which generated an evolution in our work: initially our objects weren’t necessarily functional, although this has become a requirement now. However, our artists and architects still get carte, we produce what they want to produce without compromise - their stubbornness wouldn’t allow it any other way. The notion of collectible design is becoming more and more popular actually, and the way we work allows us to make things that are free from restrictions in terms of material or production processes. More than with industrial design, we can be very experimental, slow, and almost 'illogical'. But we do make furniture, not art. Collectors buy art to fit into a collection, or just as an investment, and most of it is stored in warehouses. With Maniera we want to offer objects that people actually want to live with.

Horst: How does the gallery model fit in with that?

Amaryllis: For a long time, we explored two options: either a gallery or a non-profit art space that would combine art, design and architecture. We organise exhibitions, but the core is that we produce and sell objects that people can use, so we ultimately chose to set up a gallery. After many years working for public institutions, we were both saturated with the idea of subsidies and grants, which can be very limiting if you depend on it too heavily.

Of course we took a risk when we opened a gallery, although we did have a peculiar safety net. The public cultural sector in which we were operating for so lang, is actually largely supported by private collectors and patrons. So I personally knew the people who were in the member clubs of Wiels and Bozar, which gave us a workable pool of potential clients. These people took up an essential ambassador role for Maniera.   Still, it takes us a long time before we can sell out an edition. This isn’t a job that will make you rich, even though we’re constantly surrounded with beautiful objects. Most of our designs are made in editions of 4 to 8 pieces, the largest edition we have consists of 24 pieces. In general, our money is invested in producing the first prototype - in turn also the pieces that remain in our private collections. We only produce the rest of the series as soon as orders come in. The artists and architects invest time and energy in the design, and receive 50% of the profits we make. Occasionally we also produce series that are unlimited, in order to be able to offer affordable creations to different audience.

Horst: Your private and professional life are very much infused with each other . How do you deal with that?

Amaryllis: In Brussels we have clearly defined roles: I work from the gallery and mainly do computer work and see customers.  Kwinten is much more practical, so he goes from studio to studio to do check-ups and quality control, and also often works in his studio. Of we go to all the fairs together, and his role on openings shouldn’t be underestimated, he actually is a very good salesmen! And this summer we're here in Knokke. This exhibition in the Zwart Huis (Black House) feels somewhat like a birthday. We started Maniera at home, and are now living in our exhibition again throughout the summer. Collectors who have a second home in Knokke have the time to come visit us. So despite corona-related insecurities, things are actually going pretty well, we already welcomed over 400 visitors. Moreover, it was a fantastic experience to decorate this kind of place with things you’ve made yourself. The ground floor has an apartment, there where the doctor’s cabinet used to be. Initially we mainly stayed in this rooms because we were a bit overwhelmed. Our hesitation is slowly disappearing, and we venture out into the house more often. We even have our aperitifs here, although we do put on a small tablecloth - we shouldn’t forget they are exhibition objects in the end. Only our daughter can be a bit messy, she’s allowed to leave her toys lingering in her bedroom.

"Moreover, it was a fantastic experience to decorate this kind of place with things you’ve made yourself. "

This blurred line is perhaps characteristic for the way we've thrown ourselves into this adventure: we didn’t start off with a huge sum of money, and rather took small risks and grew slowly. Thanks to an unsecured loan from Cultuurinvest, we were able to participate in a famous design fair abroad, which was decisive for Maniera's success. We work enormously hard, but I am proud of the choices we have made. By the way, my daughter’s first birthday pushed me to take the leap and focus entirely on Maniera, I wanted her to be able to look up to a mother who managed her own business with lots of passion. We have always followed our intuition together, and will continue to do so in the coming years, hopefully with a birthday exhibition at a unique location every five years! 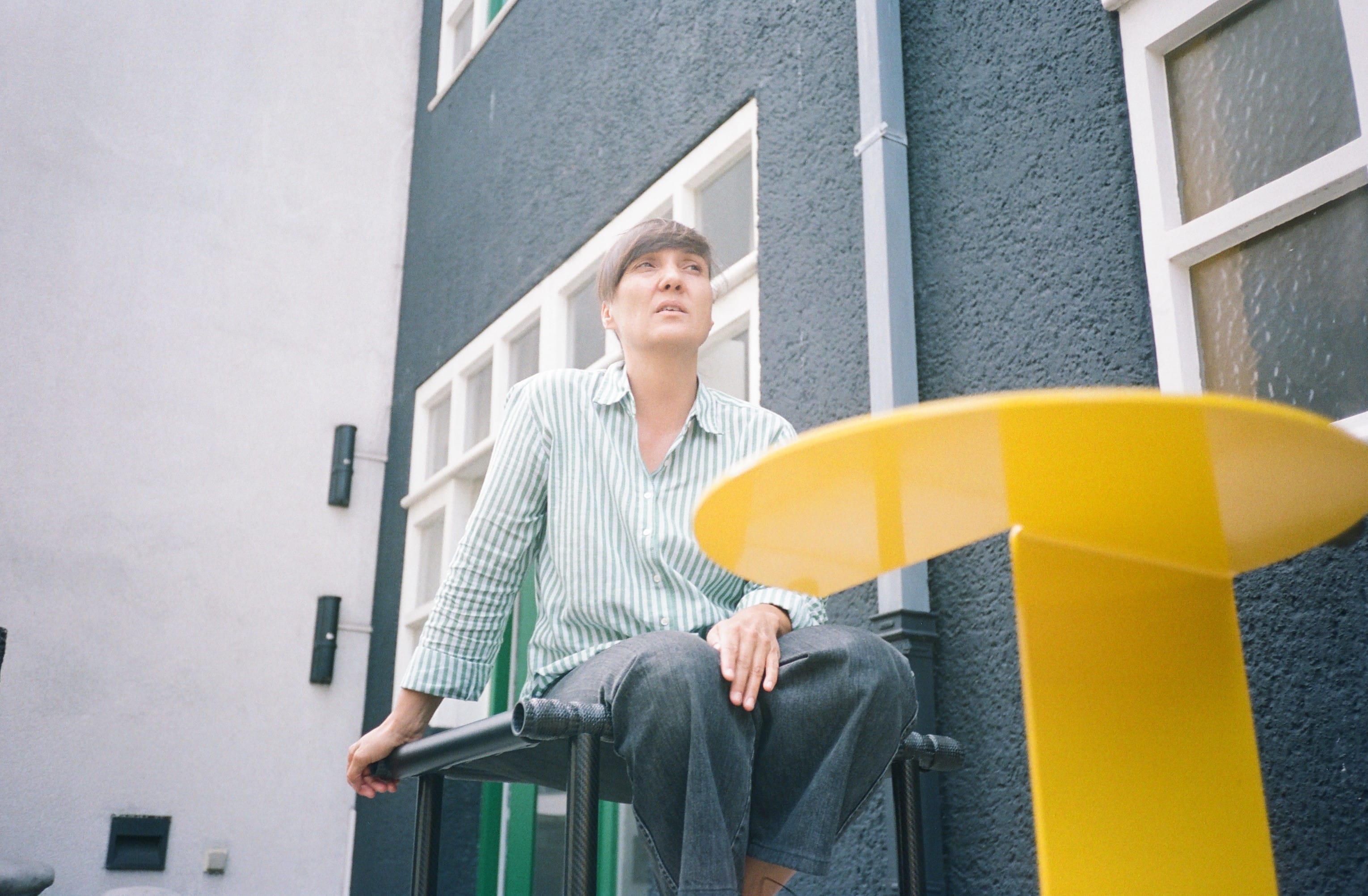